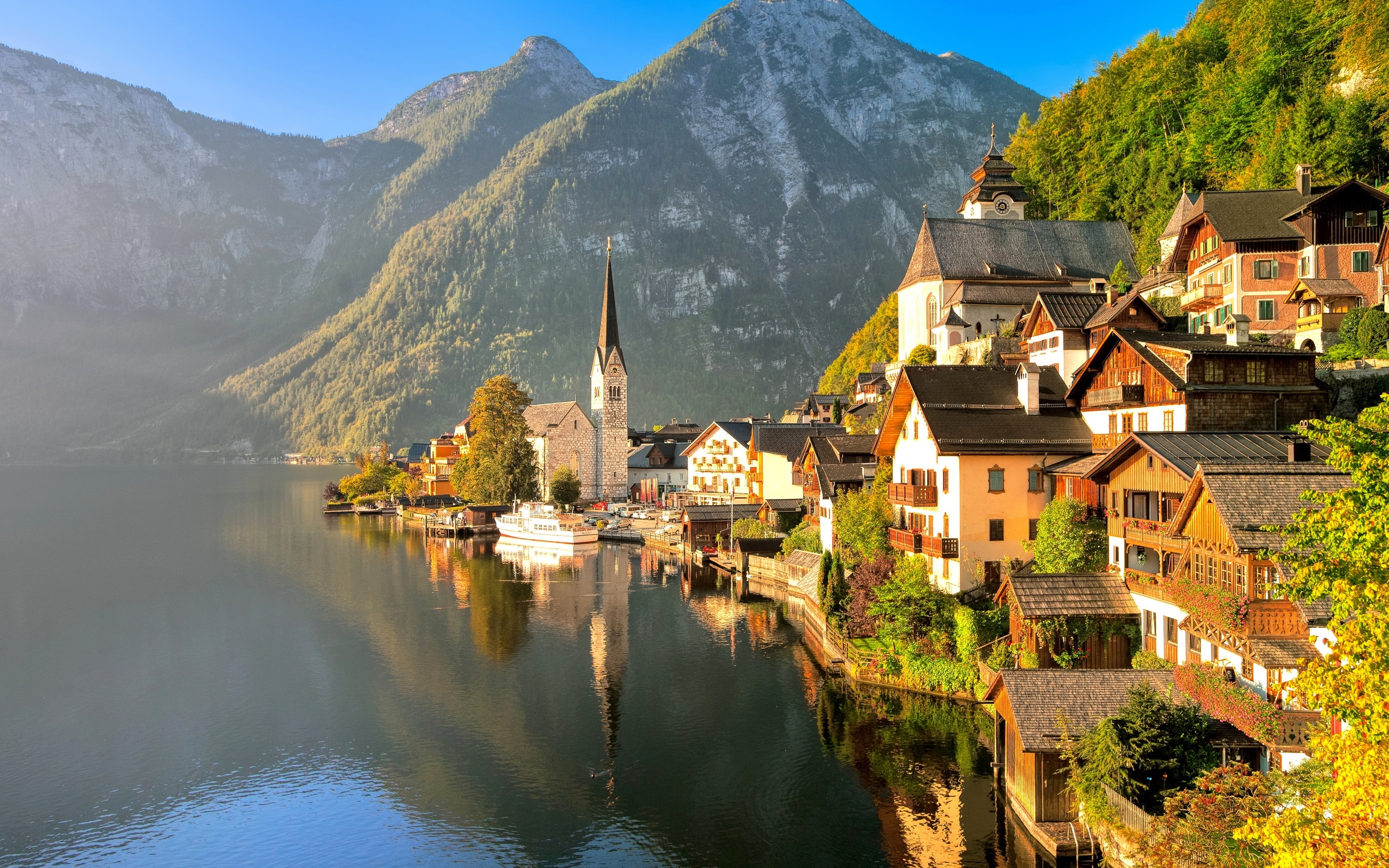 Australia, officially known as the Commonwealth of Australia, is a sovereign country comprising the mainland of the Australian continent, the island of Tasmania, and numerous smaller islands. It is the largest country in Oceania and the world's sixth-largest country by total area. The population of 26 million is highly urbanised and heavily concentrated on the eastern seaboard. Australia's capital is Canberra, and its largest city is Sydney. The country's other major metropolitan areas are Melbourne, Brisbane, Perth, and Adelaide. Indigenous Australians inhabited the continent for about 65,000 years prior to the first arrival of Dutch explorers in the early 17th century, who named it New Holland. In 1770, Australia's eastern half was claimed by Great Britain and initially settled through penal transportation to the colony of New South Wales from 26 January 1788, a date which became Australia's national day. The population grew steadily in subsequent decades, and by the time of an 1850s gold rush, most of the continent had been explored by European settlers and an additional five self-governing crown colonies established. On 1 January 1901, the six colonies federated, forming the Commonwealth of Australia. Australia has since maintained a stable liberal democratic political system that functions as a federal parliamentary constitutional monarchy, comprising six states and ten territories. Australia is the oldest, flattest, and driest inhabited continent, with the least fertile soils. It has a landmass of 7,617,930 square kilometres . A megadiverse country, its size gives it a wide variety of landscapes, with deserts in the centre, tropical rainforests in the north-east, and mountain ranges in the south-east. Australia generates its income from various sources, including mining-related exports, telecommunications, banking, manufacturing, and international education.Australia is a highly developed country, with the world's fourteenth-largest economy. It has a high-income economy, with the world's tenth-highest per capita income. It is a regional power and has the world's thirteenth-highest military expenditure. Immigrants account for 30% of the population, the highest proportion in any country with a population over 10 million. Having the third-highest human development index and the eighth-highest ranked democracy globally, the country ranks highly in quality of life, health, education, economic freedom, civil liberties, and political rights, with all its major cities faring well in global comparative livability surveys. Australia is a member of the United Nations, G20, Commonwealth of Nations, ANZUS, Organisation for Economic Co-operation and Development , World Trade Organization, Asia-Pacific Economic Cooperation, Pacific Islands Forum, and the ASEAN Plus Six mechanism.

The Kunsthistorisches Museum is an art museum in Vienna, Austria. Housed in its festive palatial building on Ringstraße, it is crowned with an octagonal dome. The term Kunsthistorisches Museum applies to both the institution and the main building. It is the largest art museum in the country and one of the most important museums worldwide. It was opened around 1891 at the same time as the Natural History Museum, Vienna, by Emperor Franz Joseph I of Austria-Hungary. The two museums have similar exteriors and face each other across Maria-Theresien-Platz. Both buildings were built between 1871 and 1891 according to plans drawn up by Gottfried Semper and Baron Karl von Hasenauer. The two Ringstraße museums were commissioned by the emperor in order to find a suitable shelter for the Habsburgs' formidable art collection and to make it accessible to the general public. The buildings are rectangular in shape, and topped with a dome that is 60 meters high. The façade was built of sandstone. The inside of the museums is lavishly decorated with marble, stucco ornamentations, gold-leaf and paintings. The staircase of the Kunsthistorisches Museum is equipped with paintings by Gustav Klimt, Ernst Klimt, Franz Matsch, Hans Makart and Mihály Munkácsy.

The Liechtenstein Museum is a private art museum in Vienna, Austria. It contains much of the art collection of its owners, the Princely Family of Liechtenstein, rulers of the principality of Liechtenstein. It includes important European works of art, forming one of the world's leading private art collections. Its highlight used to be Leonardo da Vinci's portrait of Ginevra de' Benci, which was acquired in 1967 by the National Gallery of Art in Washington, D.C. The museum, which was originally open to the public from the early 19th century until the Anschluss of 1938, had various locations, including the Liechtenstein Garden Palace at Fürstengasse 1 in Vienna's 9th District , and the Liechtenstein City Palace at Bankgasse 9 in Vienna's 1st District . The museum was reopened on 29 March 2004 in the Garden Palace, but after battling with low visitor numbers, it was closed for regular visiting by the public in November 2011. According to the official website of the Garden Palace, "the highlights of the princely collections can be viewed exclusively as part of an event package or a pre-booked guided tour".Objects from the collection have been sent on touring exhibitions to museums in other countries, especially the United States. In particular, displays are regularly mounted at the Kunstmuseum Liechtenstein in Vaduz, which is otherwise a gallery for a modern art collection donated to the principality of Liechtenstein by the ruling family. Other works from the collection fill the palaces and residences of the Princely Family in Liechtenstein and Austria. A catalogue of the artists featured in the gallery at the time of Prince Joseph Wenzel was compiled by Vicenzo Fanti in 1767.

The Academy of Fine Arts Vienna is a public art school of higher education in Vienna, Austria. The Academy is famous outside the arts community for rejecting Adolf Hitler twice , because of his "unfitness for painting" .

The Albertina is a museum in the Innere Stadt of Vienna, Austria. It houses one of the largest and most important print rooms in the world with approximately 65,000 drawings and approximately 1 million old master prints, as well as more modern graphic works, photographs and architectural drawings. Apart from the graphics collection the museum has recently acquired on permanent loan two significant collections of Impressionist and early 20th-century art, some of which will be on permanent display. The museum also houses temporary exhibitions.

The Belvedere is a historic building complex in Vienna, Austria, consisting of two Baroque palaces , the Orangery, and the Palace Stables. The buildings are set in a Baroque park landscape in the third district of the city, on the south-eastern edge of its centre. It houses the Belvedere museum. The grounds are set on a gentle gradient and include decorative tiered fountains and cascades, Baroque sculptures, and majestic wrought iron gates. The Baroque palace complex was built as a summer residence for Prince Eugene of Savoy. The Belvedere was built during a period of extensive construction in Vienna, which at the time was both the imperial capital and home to the ruling Habsburg dynasty. This period of prosperity followed on from the commander-in-chief Prince Eugene of Savoy's successful conclusion of a series of wars against the Ottoman Empire.

The Residenzgalerie is an art gallery in the Alte Residenz, Salzburg, Austria. Its collection includes works by Rembrandt, Carel Fabritius, Carlo Saraceni and Hieronymus Francken II.

The Austrian National Library is the largest library in Austria, with more than 12 million items in its various collections. The library is located in the Neue Burg Wing of the Hofburg in center of Vienna. Since 2005, some of the collections have been relocated within the Baroque structure of the Palais Mollard-Clary. Founded by the Habsburgs, the library was originally called the Imperial Court Library ; the change to the current name occurred in 1920, following the end of the Habsburg Monarchy and the proclamation of the Austrian Republic. The library complex includes four museums, as well as multiple special collections and archives.

The Österreichische Galerie Belvedere is a museum housed in the Belvedere palace, in Vienna, Austria. The Belvedere palaces were the summer residence of Prince Eugene of Savoy . The ensemble was built in the early eighteenth century by the famous Baroque architect, Johann Lucas von Hildebrandt, and comprises the Upper and Lower Belvedere, with the Orangery and Palace Stables, as well as extensive gardens. As one of Europe's most stunning Baroque landmarks, it is listed as a UNESCO World Heritage Site. Today, the Belvedere houses the greatest collection of Austrian art dating from the Middle Ages to the present day, complemented by the works of international artists. At the Upper Belvedere, visitors not only encounter artworks drawn from over five hundred years of art history but can also experience the magnificent staterooms. In addition to the Lower and Upper Belvedere, the museum has further sites at Prince Eugene's town palace and the 21er Haus as well as the Gustinus Ambrosi Museum. The Belvedere's art collection presents an almost complete overview of the development of art in Austria and, thus, an insight into the country's history. The world's largest collection of Gustav Klimt's paintings lies at the heart of the presentation of Art around 1900, on show at the Upper Belvedere. Its highlights are Klimt's paintings, The Kiss and Judith and the Head of Holofernes , and masterpieces by Egon Schiele and Oskar Kokoschka. Key works of French Impressionism and the greatest collection of Viennese Biedermeier art are further attractions at the museum.

The Leopold Museum, housed in the Museumsquartier in Vienna, Austria, is home to one of the largest collections of modern Austrian art, featuring artists such as Egon Schiele, Gustav Klimt, Oskar Kokoschka and Richard Gerstl. It contains the world's largest Egon Schiele Collection. The more than 5,000 exhibits collected by Elisabeth and Rudolf Leopold over five decades were consolidated in 1994 with the assistance of the Republic of Austria and the National Bank of Austria into the Leopold Museum Private Foundation. In 2001 the Leopold Museum was opened.The core of the collection consists of Austrian art of the first half of the 20th century, including key paintings and drawings by Egon Schiele and Gustav Klimt, showing the gradual transformation from the Wiener Secession, the Art Nouveau/Jugendstil movement in Austria to Expressionism. The historical context is illustrated by major Austrian works of art from the 19th and 20th centuries.