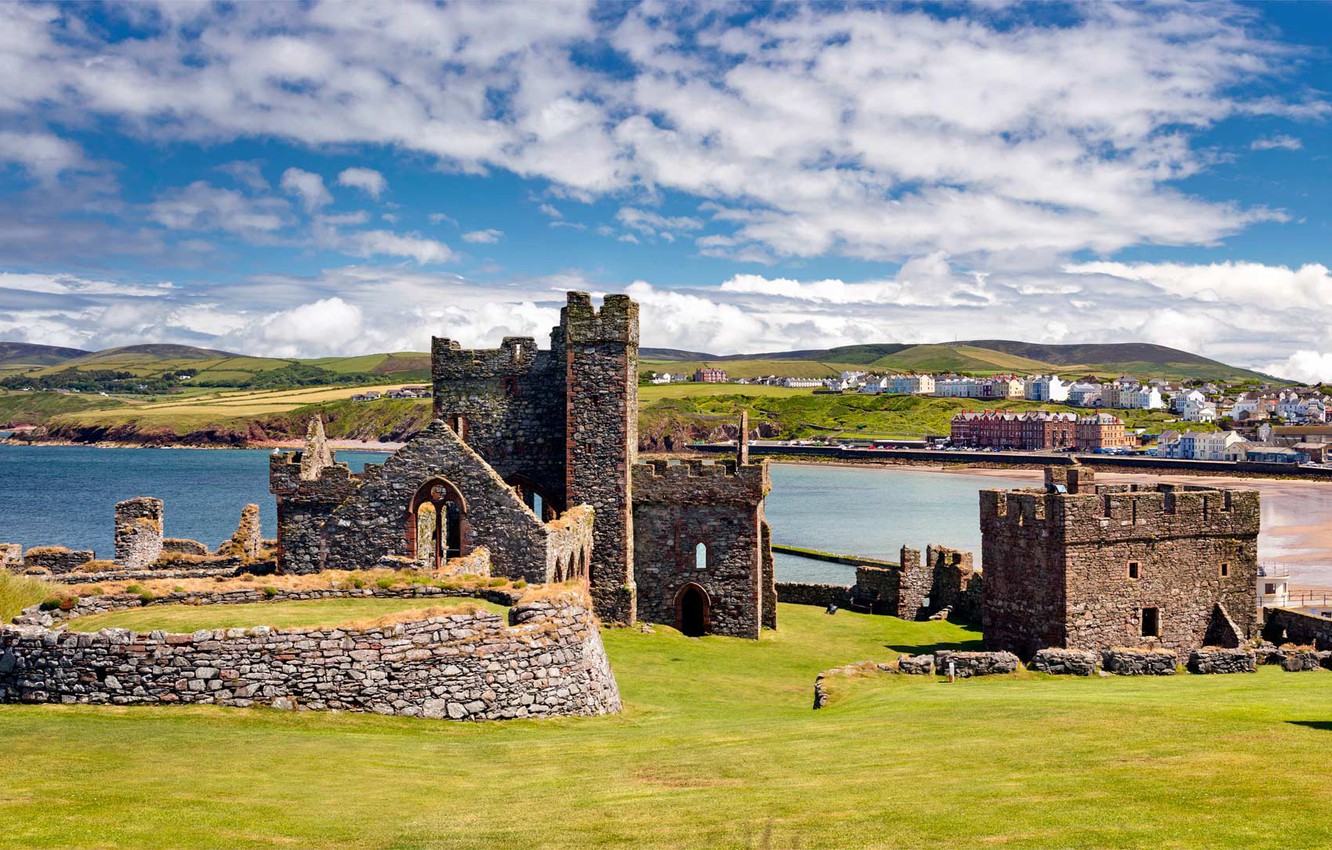 The Isle of Man , also known as Mann , is a self-governing British Crown dependency situated in the Irish Sea between Great Britain and Ireland. The head of state, Queen Elizabeth II, holds the title of Lord of Mann and is represented by a lieutenant governor. The United Kingdom has responsibility for the island's military defence. Humans have lived on the island since before 6500 BC. Gaelic cultural influence began in the 5th century AD, and the Manx language, a branch of the Goidelic languages, emerged. In 627 King Edwin of Northumbria conquered the Isle of Man along with most of Mercia. In the 9th century Norsemen established the thalassocratic Kingdom of the Isles, which included the Isle of Man. Magnus III, King of Norway from 1093 to 1103, reigned also as King of Mann and the Isles between 1099 and 1103.In 1266 the island became part of Scotland under the Treaty of Perth, after being ruled by Norway. After a period of alternating rule by the kings of Scotland and England, the island came under the feudal lordship of the English Crown in 1399. The lordship revested into the British Crown in 1765, but the island never became part of the 18th-century kingdom of Great Britain, nor of its successors, the United Kingdom of Great Britain and Ireland and the present-day United Kingdom of Great Britain and Northern Ireland. It has always retained its internal self-government. In 1881 the Isle of Man parliament, Tynwald, became the first national legislative body in the world to give women the right to vote in a general election, although this excluded married women. In 2016, UNESCO awarded the Isle of Man biosphere reserve status.Insurance and online gambling each generate 17% of the GNP, followed by information and communications technology and banking with 9% each. Internationally, the Isle of Man is known for the Isle of Man TT motorcycle races and for the Manx cat, a breed of cat with short or no tails. The inhabitants are considered a Celtic nation.

Tynwald , or more formally, the High Court of Tynwald or Tynwald Court, is the legislature of the Isle of Man. It claims to be the oldest continuous parliamentary body in the world. It consists of two chambers, known as the branches of Tynwald: the directly elected House of Keys and the indirectly chosen Legislative Council. When the two chambers meet together once a month, they become Tynwald Court. The chambers sit jointly, on Tynwald Day at St John's for largely ceremonial purposes, and usually once a month in the Legislative Buildings in Douglas. Otherwise, the two chambers sit separately, with the House of Keys originating most legislation, and the Legislative Council acting as a revising chamber.