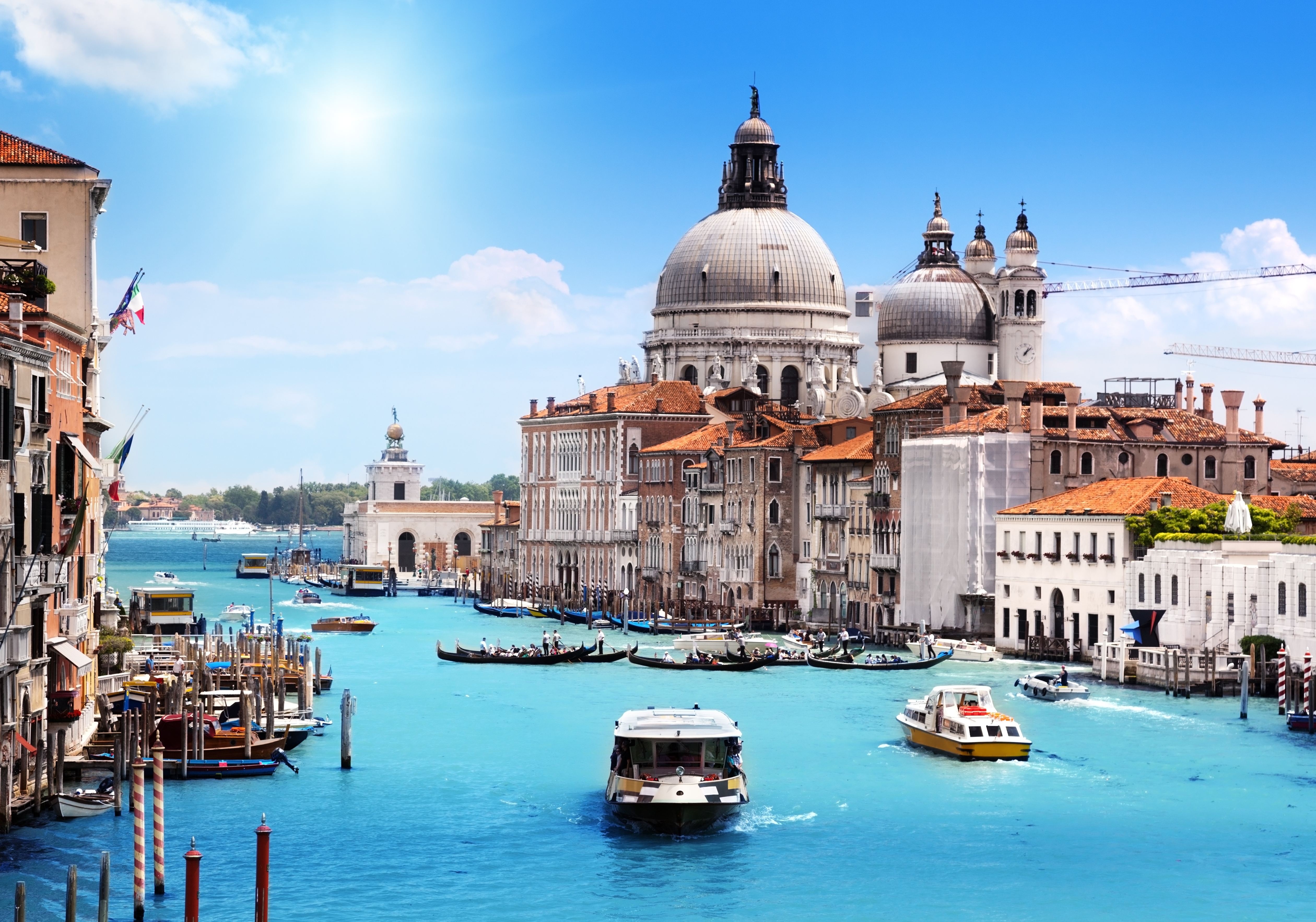 Italy ), officially the Italian Republic , is a country consisting of a peninsula delimited by the Alps and surrounded by several islands. Italy is located in south-central Europe, and is considered part of western Europe. A unitary parliamentary republic with Rome as its capital, the country covers a total area of 301,340 km2 and shares land borders with France, Switzerland, Austria, Slovenia, and the enclaved microstates of Vatican City and San Marino. Italy has a territorial enclave in Switzerland and a maritime exclave in Tunisian waters . With around 60 million inhabitants, Italy is the third-most populous member state of the European Union. Due to its central geographic location in Southern Europe and the Mediterranean, Italy has historically been home to myriad peoples and cultures. In addition to the various ancient peoples dispersed throughout what is now modern-day Italy, the most predominant being the Indo-European Italic peoples who gave the peninsula its name, beginning from the classical era, Phoenicians and Carthaginians founded colonies mostly in insular Italy, Greeks established settlements in the so-called Magna Graecia of Southern Italy, while Etruscans and Celts inhabited central and northern Italy respectively. An Italic tribe known as the Latins formed the Roman Kingdom in the 8th century BC, which eventually became a republic with a government of the Senate and the People. The Roman Republic initially conquered and assimilated its neighbours on the Italian peninsula, eventually expanding and conquering parts of Europe, North Africa and Asia. By the first century BC, the Roman Empire emerged as the dominant power in the Mediterranean Basin and became a leading cultural, political and religious centre, inaugurating the Pax Romana, a period of more than 200 years during which Italy's law, technology, economy, art, and literature developed. Italy remained the homeland of the Romans and the metropole of the empire, whose legacy can also be observed in the global distribution of culture, governments, Christianity and the Latin script. During the Early Middle Ages, Italy endured the fall of the Western Roman Empire and barbarian invasions, but by the 11th century numerous rival city-states and maritime republics, mainly in the northern and central regions of Italy, rose to great prosperity through trade, commerce and banking, laying the groundwork for modern capitalism. These mostly independent statelets served as Europe's main trading hubs with Asia and the Near East, often enjoying a greater degree of democracy than the larger feudal monarchies that were consolidating throughout Europe; however, part of central Italy was under the control of the theocratic Papal States, while Southern Italy remained largely feudal until the 19th century, partially as a result of a succession of Byzantine, Arab, Norman, Angevin, Aragonese and other foreign conquests of the region. The Renaissance began in Italy and spread to the rest of Europe, bringing a renewed interest in humanism, science, exploration and art. Italian culture flourished, producing famous scholars, artists and polymaths. During the Middle Ages, Italian explorers discovered new routes to the Far East and the New World, helping to usher in the European Age of Discovery. Nevertheless, Italy's commercial and political power significantly waned with the opening of trade routes that bypassed the Mediterranean. Centuries of foreign meddling and conquest and the rivalry and infighting between the Italian city-states, such as the Italian Wars of the 15th and 16th centuries, left Italy politically fragmented, and it was further conquered and divided among multiple foreign European powers over the centuries. By the mid-19th century, rising Italian nationalism and calls for independence from foreign control led to a period of revolutionary political upheaval. After centuries of foreign domination and political division, Italy was almost entirely unified in 1861, establishing the Kingdom of Italy as a great power. From the late 19th century to the early 20th century, Italy rapidly industrialised, mainly in the north, and acquired a colonial empire, while the south remained largely impoverished and excluded from industrialisation, fuelling a large and influential diaspora. Despite being one of the four main allied powers in World War I, Italy entered a period of economic crisis and social turmoil, leading to the rise of the Italian fascist dictatorship in 1922. Participation in World War II on the Axis side ended in military defeat, economic destruction and the Italian Civil War. Following the liberation of Italy and the rise of the Italian Resistance, the country abolished their monarchy, established a democratic Republic, enjoyed a prolonged economic boom, and became a highly developed country.Today, Italy is considered to be one of the world's most culturally and economically advanced countries, with the world's eighth-largest economy by nominal GDP , sixth-largest national wealth and third-largest central bank gold reserve. It ranks very highly in life expectancy, quality of life, healthcare, and education. The country plays a prominent role in regional and global economic, military, cultural and diplomatic affairs; it is both a regional power and a great power, and is ranked the world's eighth most-powerful military. Italy is a founding and leading member of the European Union and a member of numerous international institutions, including the United Nations, NATO, the OECD, the Organization for Security and Co-operation in Europe, the World Trade Organization, the Group of Seven, the G20, the Union for the Mediterranean, the Council of Europe, Uniting for Consensus, the Schengen Area and many more. The country has long been a global centre of art, music, literature, philosophy, science and technology, and fashion, and has greatly influenced and contributed to diverse fields including cinema, cuisine, sports, jurisprudence, banking and business. As a reflection of its cultural wealth, Italy is home to the world's largest number of World Heritage Sites , and is the fifth-most visited country.

The Uffizi Gallery is a prominent art museum located adjacent to the Piazza della Signoria in the Historic Centre of Florence in the region of Tuscany, Italy. One of the most important Italian museums and the most visited, it is also one of the largest and best known in the world and holds a collection of priceless works, particularly from the period of the Italian Renaissance. After the ruling house of Medici died out, their art collections were gifted to the city of Florence under the famous Patto di famiglia negotiated by Anna Maria Luisa, the last Medici heiress. The Uffizi is one of the first modern museums. The gallery had been open to visitors by request since the sixteenth century, and in 1765 it was officially opened to the public, formally becoming a museum in 1865.Today, the Uffizi is one of the most popular tourist attractions of Florence and one of the most visited art museums in the world, with 4,391,861 visitors in 2019.

The Gallerie dell'Accademia is a museum gallery of pre-19th-century art in Venice, northern Italy. It is housed in the Scuola della Carità on the south bank of the Grand Canal, within the sestiere of Dorsoduro. It was originally the gallery of the Accademia di Belle Arti di Venezia, the art academy of Venice, from which it became independent in 1879, and for which the Ponte dell'Accademia and the Accademia boat landing station for the vaporetto water bus are named. The two institutions remained in the same building until 2004, when the art school moved to the Ospedale degli Incurabili.

The Palazzo Pitti , in English sometimes called the Pitti Palace, is a vast, mainly Renaissance, palace in Florence, Italy. It is situated on the south side of the River Arno, a short distance from the Ponte Vecchio. The core of the present palazzo dates from 1458 and was originally the town residence of Luca Pitti, an ambitious Florentine banker. The palace was bought by the Medici family in 1549 and became the chief residence of the ruling families of the Grand Duchy of Tuscany. It grew as a great treasure house as later generations amassed paintings, plates, jewelry and luxurious possessions. In the late 18th century, the palazzo was used as a power base by Napoleon and later served for a brief period as the principal royal palace of the newly united Italy. The palace and its contents were donated to the Italian people by King Victor Emmanuel III in 1919. The palazzo is now the largest museum complex in Florence. The principal palazzo block, often in a building of this design known as the corps de logis, is 32,000 square metres. It is divided into several principal galleries or museums detailed below.

The Pinacoteca di Brera is the main public gallery for paintings in Milan, Italy. It contains one of the foremost collections of Italian paintings, an outgrowth of the cultural program of the Brera Academy, which shares the site in the Palazzo Brera.

The Galleria Borghese is an art gallery in Rome, Italy, housed in the former Villa Borghese Pinciana. At the outset, the gallery building was integrated with its gardens, but nowadays the Villa Borghese gardens are considered a separate tourist attraction. The Galleria Borghese houses a substantial part of the Borghese collection of paintings, sculpture and antiquities, begun by Cardinal Scipione Borghese, the nephew of Pope Paul V . The Villa was built by the architect Flaminio Ponzio, developing sketches by Scipione Borghese himself, who used it as a villa suburbana, a country villa at the edge of Rome. Scipione Borghese was an early patron of Bernini and an avid collector of works by Caravaggio, who is well represented in the collection by his Boy with a Basket of Fruit, St Jerome Writing, Sick Bacchus and others. Other paintings of note include Titian's Sacred and Profane Love, Raphael's Entombment of Christ and works by Peter Paul Rubens and Federico Barocci.

The Scuola Grande di San Rocco is a building in Venice, northern Italy. It is noted for its collection of paintings by Tintoretto and generally agreed to include some of his finest work.

The Basilica of San Francesco is a late Medieval church in Arezzo, Tuscany, Italy, dedicated to St Francis of Assisi. It is especially renowned for housing in the chancel the fresco cycle Legends of the True Cross by Piero della Francesca.

The Doge's Palace is a palace built in Venetian Gothic style, and one of the main landmarks of the city of Venice in northern Italy. The palace was the residence of the Doge of Venice, the supreme authority of the former Venetian Republic. It was founded in 1340, and extended and modified in the following centuries. It became a museum in 1923, and is one of the 11 museums run by the Fondazione Musei Civici di Venezia.