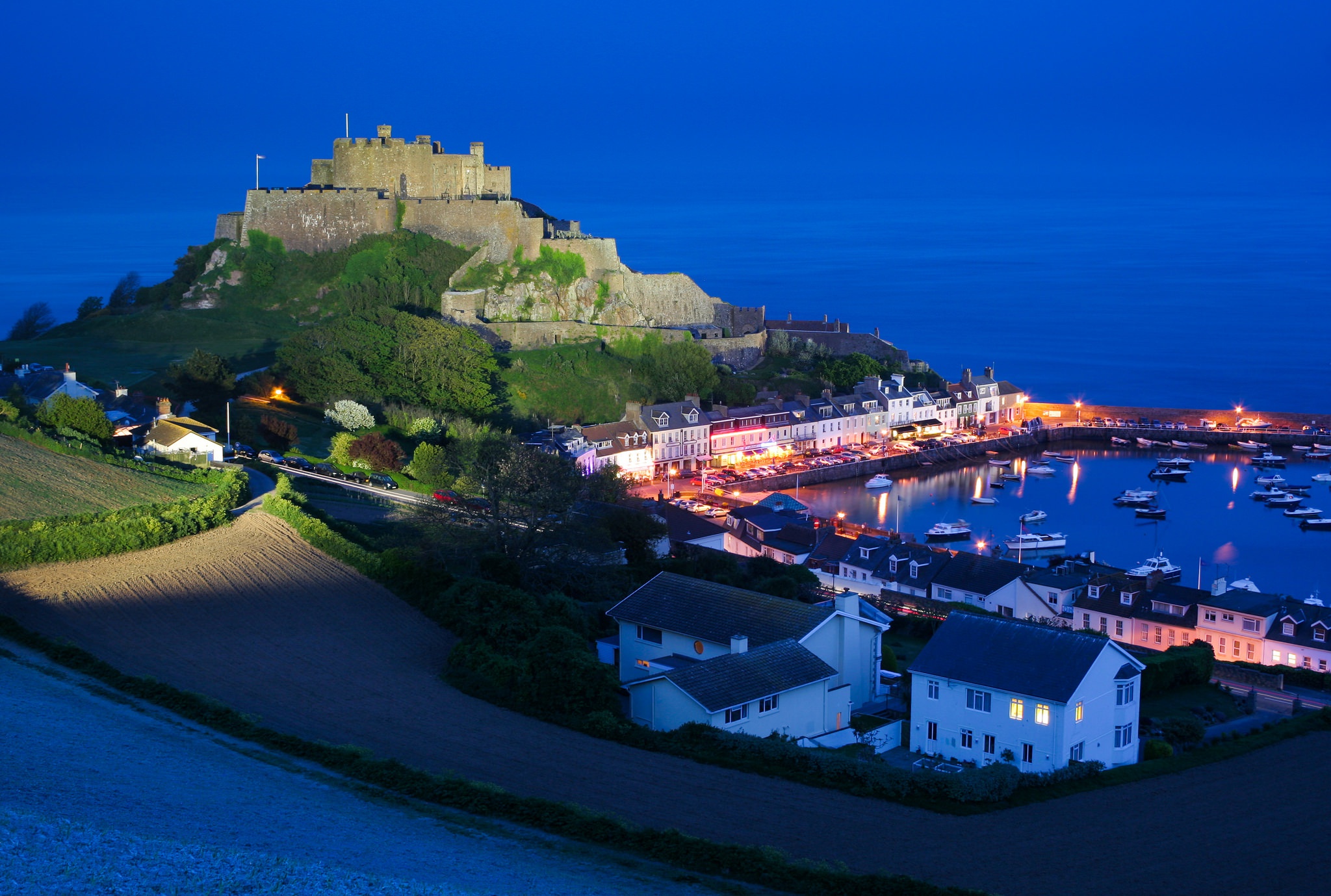 Jersey ; Jèrriais: Jèrri [dʒɛri]), officially the Bailiwick of Jersey , is a British Crown dependency near the coast of Normandy, France. It is the second-closest of the Channel Islands to France, after Alderney. Jersey was part of the Duchy of Normandy, whose dukes went on to become kings of England from 1066. After Normandy was lost by the kings of England in the 13th century, and the ducal title surrendered to France, Jersey and the other Channel Islands remained attached to the English crown. The bailiwick consists of the island of Jersey, the largest of the Channel Islands, along with surrounding uninhabited islands and rocks collectively named Les Dirouilles, Les Écréhous, Les Minquiers, Les Pierres de Lecq, and other reefs. Although the bailiwicks of Jersey and Guernsey are often referred to collectively as the Channel Islands, the "Channel Islands" are not a constitutional or political unit. Jersey has a separate relationship to the Crown from the other Crown dependencies of Guernsey and the Isle of Man, although all are held by the monarch of the United Kingdom.Jersey is a self-governing parliamentary democracy under a constitutional monarchy, with its own financial, legal and judicial systems, and the power of self-determination. The Lieutenant Governor on the island is the personal representative of the Queen. Jersey is not part of the United Kingdom, and has an international identity separate from that of the UK, but the UK is constitutionally responsible for the defence of Jersey. The definition of United Kingdom in the British Nationality Act 1981 is interpreted as including the UK and the Islands together. The European Commission confirmed in a written reply to the European Parliament in 2003 that Jersey was within the Union as a European Territory for whose external relationships the UK is responsible. Jersey was not fully part of the European Union but had a special relationship with it, notably being treated as within the European Community for the purposes of free trade in goods.British cultural influence on the island is evident in its use of English as the main language and the British pound as its primary currency, even if some people still speak or understand Jèrriais, the local form of the Norman language, and place names with French or Norman origins abound. Additional British cultural commonalities include driving on the left, access to the BBC and ITV regions, a school curriculum following that of England, and the popularity of British sports, including cricket.

Jersey Heritage is an independent trust in Jersey which is responsible for the island's major historic sites, museums, and public archives. It holds collections of artefacts, works of art, documents, specimens, and information relating to Jersey's history, culture, and environment. The Trust was formally registered in Jersey on 3 June 1983. The Trust is financed by an annual grant from the States of Jersey, and self-generated income.

Mont Orgueil is a castle in Jersey that overlooks the harbour of Gorey. It is also called Gorey Castle by English-speakers, and lé Vièr Châté by Jèrriais-speakers.